Which Sunscreen Is Safe? 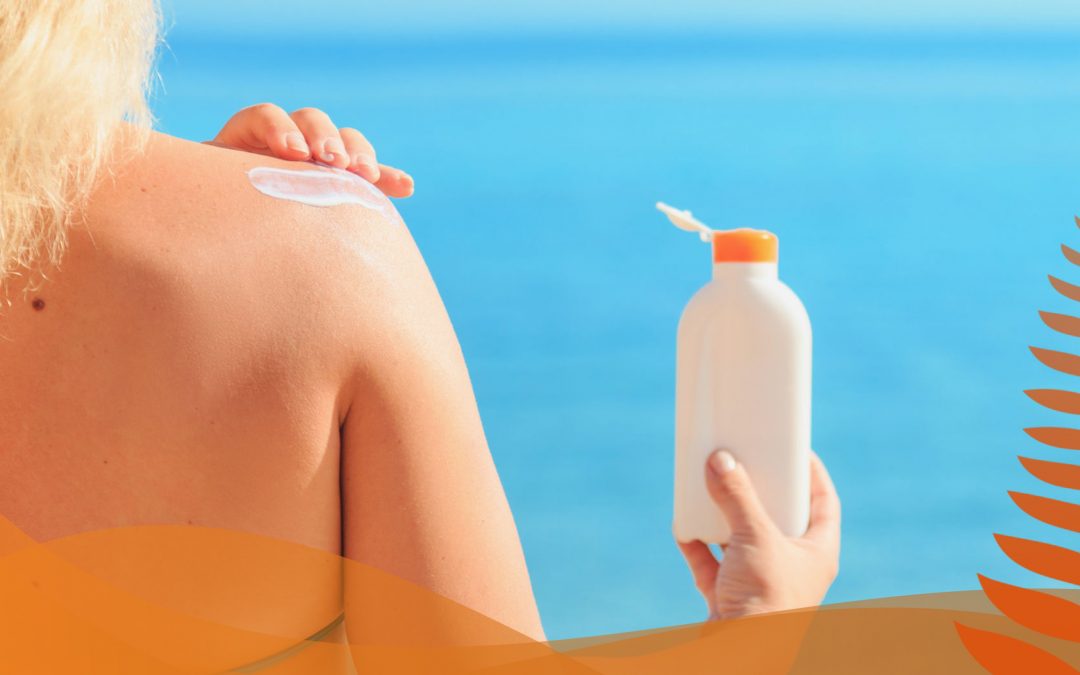 Watch my 1 minute video blog of this here:

What has years of research, and recent industry knowledge taught me?

Sunscreen is an unregulated minefield – particularly in NZ. Our best intentions may actually be failing our skin, and our playground (the environment.) It’s important not to forget – it’s always preferential (especially in the peak sun) to seek shade, sun hats, clothing and sunglasses wherever practical, to minimize the need for sunscreen.

If you do work or play outdoors in the sun, you’ll need to be armed with the right sunscreen.

There are so many variables (and pros and cons with each variable) to consider when choosing your sunscreen, so first of all accept that no sunscreen is going to be perfect. For example, a natural thick waxy sunblock is great for water resistance, however for me at least, pores get clogged, sand sticks to it, it’s hard to wash off at night, it can be very white, and whatever we touch gets sunblock smudged on it too.

Where can you buy safe sunscreen?

Most health stores and pharmacies have a better quality range than supermarkets (my two local supermarkets don’t stock ANY that I consider safe!).

Why the dangerous Chemicals?

Chemicals can make sunscreen cheaper to produce, and can make it look and feel nicer on your skin, which makes these products quick sellers to the uneducated consumer. Cosmetic manufacturers exploit these opportunities before regulation and more research one day catches up with the industry like it did with the Tobacco industry.

Dangerous chemicals can of course, be found both in the sunscreen base/ substrate (usually making up over 50% of the product) as well as in the active ingredients (UV filter compounds, added to the base).

The base/ substrate can either be dangerous or neutral – even healthy for the skin, and the active component can be equally be dangerous or ok. The chemicals in the substrate are added to help make the sunscreen spread well, feel silky, be more water resistant, hold or help absorption of the active ingredients powerfully into the skin, even smell nice!

So ultimately these products are easy to use, well priced, and sell like hotcakes. But few consumers realise these chemicals can actually be harmful to the skin, or break down into components that are harmful.

Methylisothiazolinone, for example (in around 50% of sunscreen bases) was named the “Problem Allergen of the year” in 2013 by the American Contact Dermatitis Society, and in 2014 the EU SCCS concluded that “no quantity could be considered safe in leave-on cosmetics.” That’s just one common chemical, and I could cite so many others).

Active ingredients are no different. Chemical ingredients such as Oxybenzone and Oxynoxiate are known hormone disruptors which some studies have shown to have side effects as vast as endometriosis (in women). These particular ones have also shown to be damaging to marine life such as coral. If that wasn’t concerning enough, try the spray sunscreens – and potentially inhaling it!

The theory is that the chemicals absorb the UV light instead of your cells/ DNA, however there is mixed opinion in the scientific community about the fact that, upon absorption, the conversion process that transforms damaging UV into infra red warmth also produces free radicals (or oxidizing molecules), which can then go on to disrupt DNA potentially in a similar way UV does, causing the very cancers it is supposed to be protecting us from.

There are many studies globally on these, many with conflicting results – again like the tobacco industry used to reference claims that smoking was safe. I imagine it’ll take a good decade before more conclusive evidence is produced. For that reason, my advice errs on the side of caution.

Why is Zinc Oxide safe?

Physical barrier sunscreens work on the outside without being absorbed into our skin. There are two common physical barriers – Zinc Oxide and Titanium Dioxide.

Zinc Oxide (non-nanoparticle) is considered very safe. It’s the primary ingredient in zinc cream / nappy rash cream, and it’s been used medically since at least the first century AD as described by the greek physician Dioscorides. It’s a white, stable mineral powder, so no preservatives are required to be added to protect it or stabilize it. It’s also naturally broad spectrum (UVA & UVB), so that simplifies your checklist further. I still wouldn’t inhale it though, so plain old cream based sunscreen is best.

Titanium Dioxide is the other common physical barrier sunscreen, however I would caution its safety for two reasons:

1. It is more commonly in the nanoparticle state, which could (particularly through minor cuts or abrasions) infiltrate the skin, as could the new nanoparticle version of zinc oxide (clear Zinc oxide.)

2. Titanium Dioxide has been linked by some studies to cancer when inhaled or ingested, hence I stick to Zinc Oxide as a safe rule of thumb.

There’s a very new product called “non-nano” clear zinc which is nanoparticles bound together in bigger clusters. There is no evidence or logic suggesting it would be a problem, so if you value the cosmetic appearance of sunscreen, this is a compromise I would be happy to recommend over titanium dioxide.

Isn’t Zinc Oxide a chemical too?

We don’t refer to them as chemicals as the reaction is not a chemical one, but a physical one. Even though they are technically chemical compounds too, in the same way we don’t refer to petrollium as an organic product although chemically speaking it is one.

What does SPF mean anyway?

Particularly with physical barrier sunscreens, when you rub on things like laying on a towel, you’re always losing that protective barrier. Non water resistant let’s your skin breathe better, but as soon as you sweat, brave a sun shower, or dive into that water, your protection will disappear quick, so if you’re not rubbing it off rolling on a towel anyway, water resistant can last a lot longer between top up applications.

Wondering if your current sunscreen is safe?

Simply send me a photo of its ingredient list and I’ll give you my personal opinion, or reach me or one of our many skin cancer detection, prevention, & removal experts, at NZ Skin Health.

And if you’re concerned about any new or changing mole, lesion, or patch, NZ Skin Health offers a free check on the first lesion that most concerns you. Better still, book a mole map so that your skin can be professionally imaged and monitored by skin doctors or dermatologists for any suspicious lesions or evolving areas over time.

I have no conflicts of interest to declare, simply a passion for health and for preventing Melanoma particularly in NZ, where we have the highest melanoma rates in the world. These are my personal learnings and views and I’m happy for these to be shared and quoted free of charge in the interest of raising public health and awareness.